Totally out of order, but here is the very last time lapse from my Dumpster Diving Fairy story. This time its a magpie peeking into their dumpster and finding an unwelcome guest. 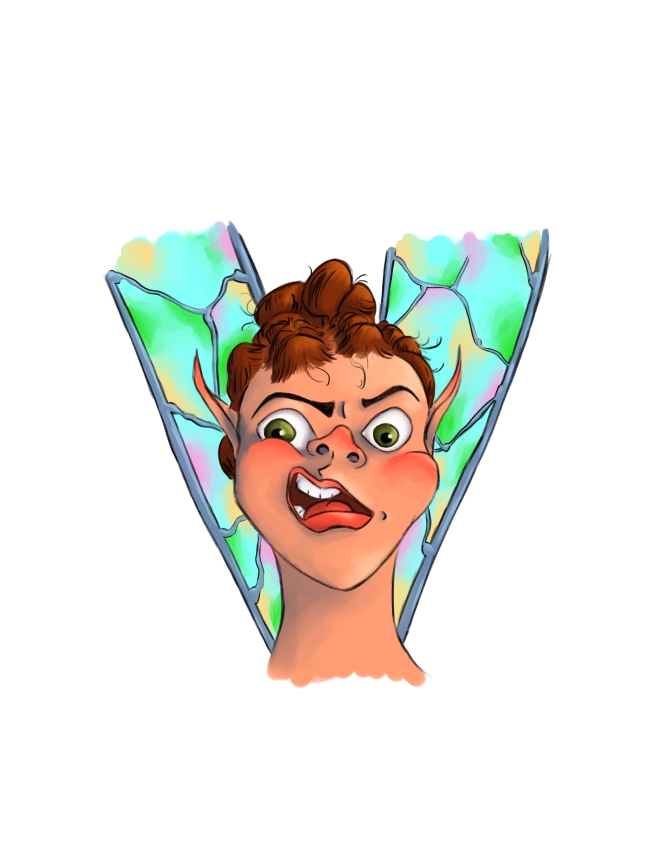 Whoops! It’s taken me a bit longer to edit these process videos and get them out than I intended, but I am on it! Here is another Thell Illustration Time lapse.

This time she’s stepped on something truly HORRIFIC and gross. How will she ever recover from the mental scarring? 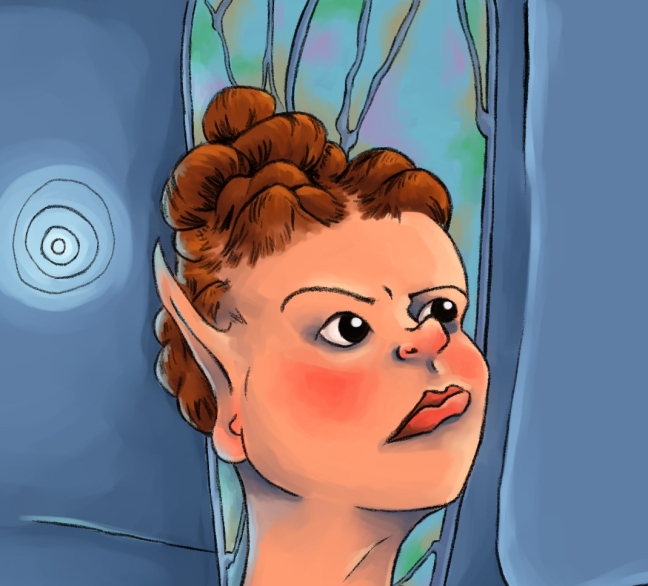 Do you want to know what live streaming is good for? That’s right, content! And here is some of that content, conveniently smooshed together and sped up for your viewing pleasure. 🙂

Won’t be long now and Thell the Fairy will have all her illustrations done and ready! Annnndd…. then I just need to edit her story all over again. 😉

When I started my Alice in Wonderland painting, I had three goals in mind. I wanted it to be vibrant. I wanted it to be busy, but mostly, I wanted it to be mine. I didn’t want my painting to be another iteration of Disney’s Alice (a glorious Alice at that) and in order to steer clear of those prominent influences, I had a few choices to make:
First, I read the book. Surprisingly this was something I had never actually done before and as a writer, well… guys, this story has no beginning, middle, nor end. It is a psychedelic stream of consciousness told through a series of puns (many of which I likely missed due to time period differences and whatnot.)
But as an artist? It’s a candy-bowl full of visual delights!
The first thing I decided to do was focus on the animals. The book has A LOT of animals. If an animal exists, Alice probably had a chat with it. I considered the human characters, but ultimately decided that I wasn’t up for the challenge of trying to better Disney on those. It is close to impossible for me to think about the Queen of Hearts and NOT see a tiny lady with a giant head. Animals would also much better fit my desire for something bright and lighthearted.
I knew I wanted to have Alice in the middle with rose bushes and animals around her.
My first thumbnail had her looking timid and scared, but the Alice in the books is never frightened.
My second attempt is better, but her expression still isn’t right. She’s not scared anymore. She looks like she’s in awe of Wonderland. Which, once again, she isn’t’. Mostly Alice waltzes around Wonderland trading snarky comments with everyone she meets. I did like the positioning of this thumbnail however and used it to further plot everything else.
I tried a couple of poses with Alice before coming to the one I liked. At first, she still has too much of the awe/scared thing going.
Finally I clue in to the fact that I need her cheeky. Sassy. Shes confident and strong and none of my previous attempts were carrying that message at all. Behold, the final Alice:
I did some quick sketches to figure out my version of the Cheshire cat and some studies of a few other bits and pieces, but that was pretty much it. My preparation for Alice was a lot of thinking and three pages of scribbling.
Next up: The Complete Sketch