Lucy woke slowly. Sleep clung to her mind like warm toffee. She pulled at her consciousness and watched as it came toward her. It was a reluctant thing, kind of Lucy-shaped, and it was knee deep in a thick, slow moving stream. The Lucy-shaped-thing moved against the flow. It wasn’t making much ground. The sticky sweetness curled and hugged and pulled. It would be easy, so easy, to let go and drift away on that gooey warmth.

A soft “prrp” sounded in Lucy’s ear. Her eyes fluttered, but remained closed. The little “prrp” sounded again, this time followed by a fluffy head butt. Lucy rolled over onto her side and reached out with her fingers. She found fur and a string of frantic purrs followed. The cat was not content with head scratches, however, and kept pacing a small circle, tail, head and sides taking turns to buffer Lucy in the face. She crinkled her nose against the onslaught and pushed herself up.

Lucy blinked her eyes. It was still dark. Very dark. Yawning, she reached over to the side table and picked up her phone. The screen lit up and Lucy was momentarily blinded by the light, but then fuzzy outlines became crisp digits and Lucy frowned.

The fluff ball responded by pressing himself tight against Lucy’s side. Her fingers reached into fur again. Little purrs reverberated fast against her skin, but beneath that and between those rhythmic rolls was a slight tremor. A stuttered shiver that didn’t belong.

A dull thump sounded from somewhere beyond the bedroom. Lucy’s eyes shot toward the door. Not that she could make out anything beyond vague shapes. Her brain was still fogged with sleep and her eyes had not adjusted to the dark, not with her glowing phone still in hand.

“Blue?” Lucy’s voice was little more than a whisper. A second cat jumped up onto the bed. Blue stayed near the edge, crouched low and staring into the shadows.

The cat spoke to Lucy as clear as if it were a normal conversation, except Lucy was the only one who could hear it. That revelation had come as a shock. She’d assumed everyone could talk to cats and her parents had assumed she was just a kid with a vivid imagination. It had only been later that Lucy had realised her relationship with cats was more than a little strange. And later still when she realised that the world was a lot more than a little strange.

Another thump came from outside and then the tinny thrum of a pot lid clattering to the floor.

Maggie pressed tighter still. Lucy looked to Blue. “Do you know what it is?”

An Unnatural. In her apartment. At this time of morning? Great. Just absolutely, bloody, great. Lucy weighed her options. She could turn the bedside lamp on, but not only would that momentarily blind her and the cats, it would also alert whatever that thing rummaging through her kitchen was to her sudden change of consciousness. If she knew what it was, she may be willing to take that risk, but Unnatural was a broad term and Blue did not use it lightly. The Unnatural could be anything. Lucy cradled Maggie to her chest and directed her attention back to Blue.

Blue gave the softest of prrps and then dropped from the bed. She crept from the room on silent paws. Seconds passed, the kind that felt like hours, and then Lucy’s mind was filled with Blue again, only this time it wasn’t words, but imagery. It was odd to see through the eyes of a cat, like a kind of grainy black and white film. It always took a moment for Lucy’s brain to catch up and begin translating the reels that the felines shared. Lucy was still adjusting to the vertigo of being so low to the ground when Blue peered around a corner and the Unnatural came into view. It was small, maybe around knee height and most certainly humanoid. It waddled on stubby legs, fat feet pattering against cold tiles. Long, monkey arms reached into a cupboard and rummaged through a mismatched collection of plastic containers. The body was covered in a haphazard spattering of bristle like hair. Blue edged closer and Lucy leaned forward with the motion. The bed creaked. The creature spun. And Lucy got a full view of crinkled white skin, glowing orb eyes and a mouth that split into a wide, toothy grin. It could only be one thing.

Lucy broke contact with Blue. She threw her feet out of bed and flicked on the light. Maggie yelped as Lucy plopped him on the floor and then he secured himself to her ankles as only a cat can. It would have been a problem if Lucy hadn’t made a point of learning how to move with a terrified fluff ball attached to her feet. She grabbed a pair of short sticks from beside her bed and stormed from the room, flicking lights on as she went.

Blue was on the kitchen counter, back bent and hackles raised. She was spitting viciously. The Unnatural danced beneath her. It hissed and spit and blew raspberries. All of his actions a mockery of Blue. All of it followed by that spine grating cackle.

Lucy raised her sticks and banged them together. The Tokoloshe turned to face her. He stuck out his tongue and then laughed.

Then he turned back to Blue and threw something. Blue shrieked and bolted from the counter. She came to stand beside Lucy, hackles still raised and eyes shining with murder. Lucy held out one of her sticks and advanced on the devil. “Visiting hours are over, little man.”

The Tokoloshe smiled. It was a horrid, gap toothed thing filled with bleeding gums and rotted teeth. “I’m not done here,” he said.

Lucy bared her teeth and poked out with her stick. The Tokoloshe jumped back. “Haai man! Voetsek with that stick!”

Lucy advanced again. This time the Tokoloshe backed away. He had no real power here and he knew it, but still, that ugly grin remained plastered to his face.

“You want to stick around and see?”

Lucy flicked her eyes down to Maggie and the Tokoloshe followed her gaze. Maggie was puffed to twice his size, and managed a small spit, but for all of that, he still looked like a terrified kitten and not at all like the threat Lucy dangled in the air. But the Tokoloshe understood. They had all heard about the cat, Magma. They knew what could happen if Lucy dared unleash him.

The Tokoloshe looked back at Lucy. This time the smile could not hide the fear creeping into his eyes.

The Tokoloshe grinned. He shrugged. “Maybe another time, heh?” With a click of his fingers, he erupted into a cloud of dust and was gone.

Lucy’s arms sunk to her side and she let out a slow breath. Her eyes panned the one bedroom apartment. The kitchen was an absolute wreck. Most of the cupboards had been opened and the contents spilled across the floor. Bags of meal and rice and sugar had split open. Broken glass lay amongst the wreck. At least the Tokoloshe had not made it to her fridge. It was enough of a nightmare job to clean this without adding food to the mix. Lucy turned. Her living area was even worse. It wasn’t so much a living room as it was her workspace. One side had her day job, easels and canvas and paint and the other held her workbench and all of the tools necessary for her after hours engagements. The canvases had been thrown over. Pages from her sketchbooks torn out and littered across the floor. The abhorrent creature had even tossed her paint tubes to the floor and then proceeded to step on them. Splatters of paint and wildly colourful footprints tracked across the whole floor. And then the other side of it. Books and texts and vials of herbs and tinctures. How on earth had Lucy slept through all of this destruction?

She walked the few steps to her workbench and sank into the single chair in the space. Maggie hopped up onto her lap and Lucy’s fingers went to his ears. Her eyes glazed over and she shook her head.

“What in the hell was that?”

A Tokoloshe? In her apartment? No Unnatural had ever been so bold as to come at her in her own space. Heck, they hadn’t even been brave enough to face her in broad daylight. Not before those fairies last week, at any rate. And things had been ramping up, hadn’t they? Work in the Supernatural had been picking up dramatically, in volume and strangeness. Spirits following living relatives to work. That shared dream between an entire residential block. And now a Tokoloshe ramshacking her apartment, looking for something. For what?

Lucy had no clue. All she knew was that something was wrong. Something was horribly wrong.

She scratched behind Maggie’s ears. “Any idea’s boy?”

Maggie mewled and pushed his head deeper into her fingers. Blue did the cat equivalent of rolling her eyes.

He could have helped.

He could have helped better.

Lucy shook her head. It was no use arguing with Blue about what Maggie did and didn’t do. The threat of him had been enough. Forcing the poor boy to erupt into a ball of fiery vengeance wouldn’t have made any difference. He hated doing it. Better to spare him the anguish. Lucy ignored Blue and went back to the problem at hand.

“I don’t suppose you know what’s going on?”

The balance is off.

Lucy knew that too. She was just about to voice those thoughts when a shadow coalesced on the workbench before her. A midnight black Maine Coon formed from the billowing mass. He stepped forward, fully intent on a quick nose-kiss, but then he saw the mess and paused.

Hades sat down. His tail flicked.

It’s true then. I had hoped they were just rumours.

It was taken from the Underworld and brought here. Someone has opened the box. 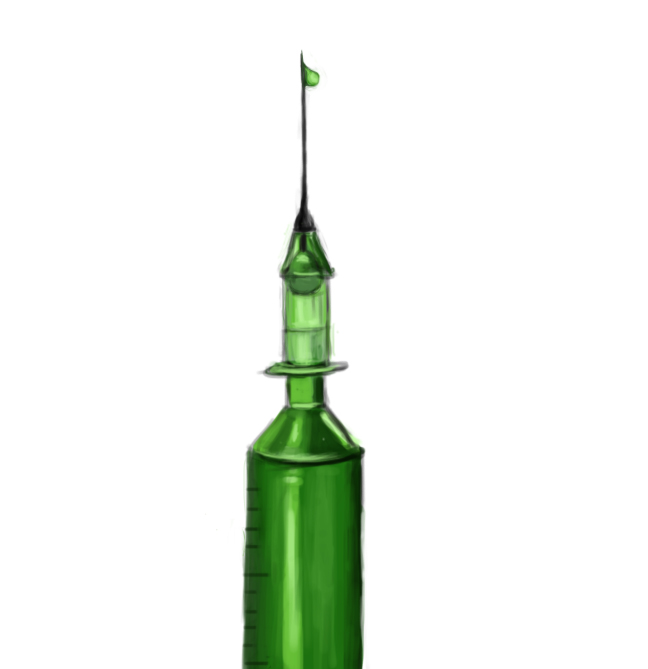 Men and women stood in a line. It stretched across barren land and ended, quite abruptly, at a white tent. No birds flew overhead. No creatures scuttled for undergrowth. There was no undergrowth. Only the dirt. Only the harsh glare of the sun.

Gabriella shuffled forward. The man in front of her disappeared into the tent. Soon, it would be her turn. She waited three breathes and then Gabriella stepped out of the harsh light and into the dim interior.

Before Gabriella could prepare herself, a syringe plunged deep into the tissue of her upper arm. Gabriella sucked in a breath. Dark green liquid left the vial and seeped into her veins. The syringe wielding woman ushered her forward.

Another woman waited. She pressed a rapid succession of devices to Gabriella’s person and then, satisfied that everything was as it should be, she nodded.

A shattered cry echoed from behind and Gabriella clenched her eyes shut. Sometimes the body rejected the serum, but that was only the first of a list of things that could go wrong. Gabriella moved toward the next station. A man waited for her.

Gabriella complied. A needle jabbed into her thumb. Pain jolted and something new awoke. A tiny lick of flame spurted from her hands. The man recoiled, but Gabriella stared in wonder.

A Firesage then. The military was not what Gabriella had intended, but it would do. Firesages were granted asylum.

The man gestured her forward. “Gate seven. Report to Commandant Alyssa on arrival.”

The portal was a mass of swirling darkness. Gabriella shuddered at the thought of stepping through, but there was nothing left for her here. She shed one last tear for her dying world and then, Gabriella stepped into her future.